Escape to the Woods with Peter Bohlin’s Forest House

For anyone fantasising of escape right now, Peter Bohlin’s Forest House is the perfect fuel for daydreams. Nestled in the West Cornwall woods, this award-winning Connecticut house was built in 1975 and designed as a retreat for Bohlin’s parents.

The Forest House exists in respectful harmony with its leafy environment. Constructed from green-stained wooden panels, it is raised from the ground by both natural and human efforts, resting on boulders and supported by concrete pillars. The house is situated between dense evergreens and translucent deciduous trees, resulting in a dappling of the sunlight that falls on the building. The expansive windows of the two-storey living room, which is reached via a bridge that connects outside and in, maximise the light flooding the interior. These red industrial windows frame the forest as a living work of art, linking nature and culture through thoughtful design. Red glazing coats the windows, pillars and doorways of the house, defining its form against the greens of the forest.

Though Bohlin’s parents no longer inhabit the building, the Forest House remains as an elegant solution to the tension between architecture and the natural world. 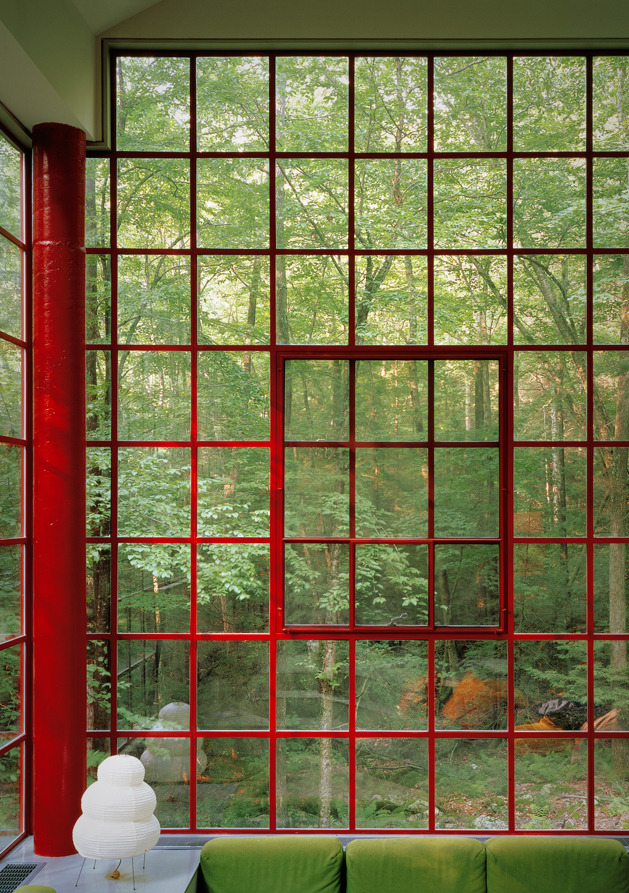 Previous
Life is a Circus at Tienda 14 Store [Madrid]

Next
Playful Realism With Peter Favinger