Antonio Lopez is the Picasso of fashion illustration. Mostly known as just plain ‘Antonio’, he was a giant in the field of fashion illustration. He captured the pulse of style from the 60s to the 80s, and is still revered as the most inspiring illustrator by today’s practitioners. He worked with a variety of materials including pencil, pen and ink, charcoal, watercolor and polaroid film. His work appeared frequently in Vogue, Harper’s bazaar, Elle and Interview. For Antonio, life – bestial and sublime – surpassed any fiction. His illustrations and photographs capture the beautiful people who are part of celebrity folklore, and who were more often than not his friends: Jerry Hall (to whom he was engaged), Grace Jones, Mick Jagger, Audrey Hepburn, Andy Warhol (with whom he worked on Interview magazine), Paloma Picasso and Marlene Dietrich. Packed with previously unpublished material, this is a thrilling retrospective about an artist who is represented in major collections from the Metropolitan to the Louvre. Even posthumously, Antonio has not relinquished his grip on the fashion world: his style and quest for beauty live on. 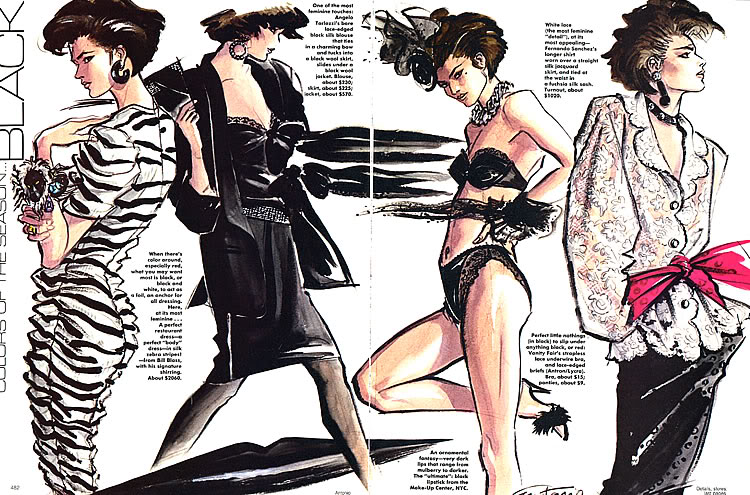 More information and Biography at www.wikipedia.org