Based on the work of the American choreographer Loïe Fuller (1862-1928) and the Lumiere brothers movie clip of the dance, Elin Hansdottir’s ‘Trace’ project is full of colors, movements and joy. “…it is not, what you see, but how you see it, that counts”, wrote Loïe Fuller in her notebook… Watch video below

The film is the starting point of Hansdóttir’s investigation, since the accompanying sound, the wall and the photographs are either part of the process or its aftermath.
In actual fact, it is the traces themselves which the process as a whole has left behind in time and space, which is of prime importance, whether it be from a body, machine or light source Hansdóttir has divided the exhibition space with a leporello wall. In the bright front she exhibits on the one hand color photographs which reveal a certain motion in time (just under one second), and on the other black and white stills of discrete moments (a few fractions of a second). What the images have in common is how they reveal the eternal flux of a metamorphosing form, which otherwise (without the motions of the body) would simply remain static. 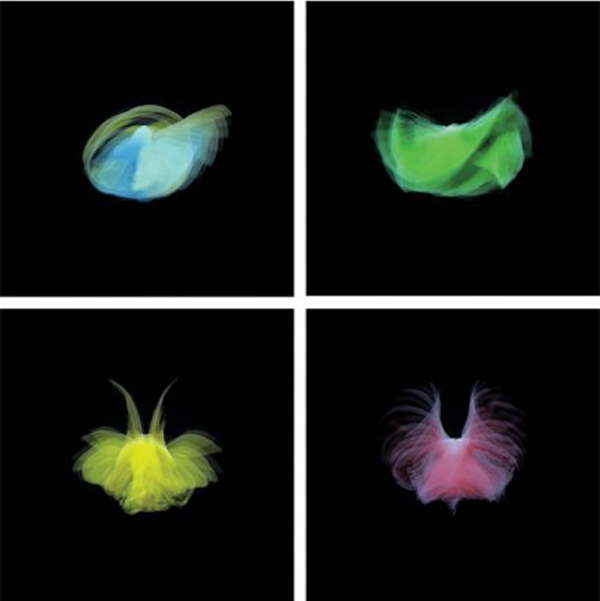 i8 Gallery presents the first solo exhibition of work by Elín Hansdóttir & thanks to triangulation for the tip!