Over the decades Christian Dior has remained to be one of the most notable fashion houses, so with the announcement of Raf Simons as the predecessor to Bill Gaytten and John Galliano, one could only imagine a collection filled with both understated elegance and an artistic elegance that only Simons could create. From the first look to the last, this F/W 2012 collection reminded me of a blend of vintage Dior cuts with contemporary styling. Though most of the collection was based around the simplicity of black blazers and white gowns, pastel pinks brought a soft femininity to the collection while bright red and yellow gave off that modern sophistication that is Dior. Royal blue was also incorporated in big ways such as in cropped fur jackets as well as in pointy metallic heels, brining an über luxurious look to the collection. One of the notable aspects of this line had to be the way in which Raf Simons added his signature design to each piece, particularly in the embellished peplum tops, oversized a-line skirts and textured luxe coats. Unlike past shows, the styling for the runway looks were mainly modest, which allowed the garments to speak for themselves and enhance that chic minimalist style Dior looks to adopt with this appointment. With tight lines and tasteful cuts Raf Simons definitely delivered a collection that is both true to his style, as well as the classic, romantic and modern personality that has continuously defined Christian Dior. 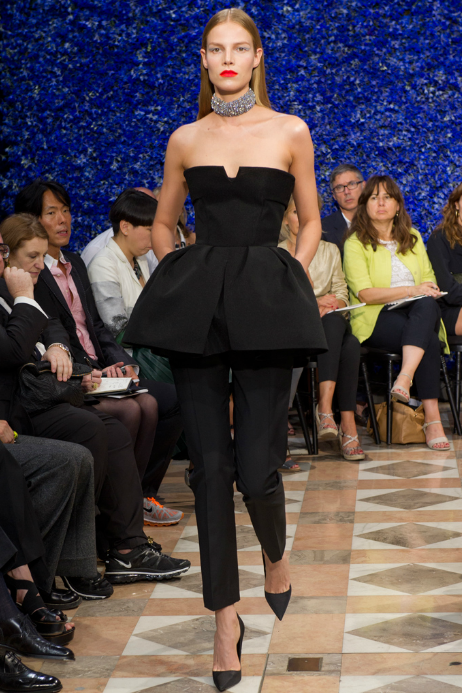 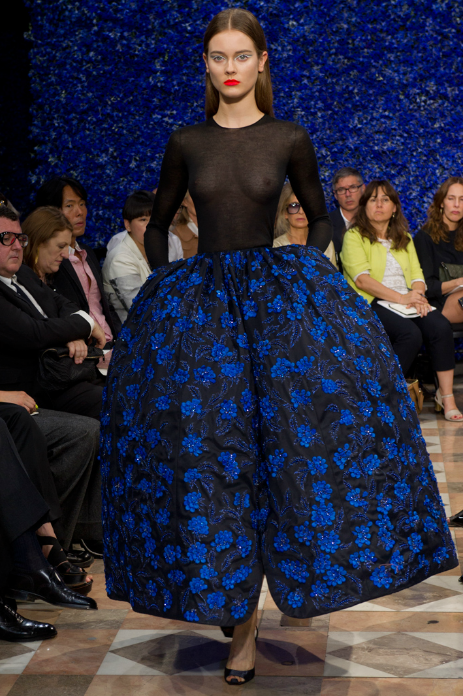