At the age of eighteen, Jim Olson began work on a bunkhouse for his family in Longbranch, Washington. Since then, he has continued to expand the small structure into both a private retreat and a testing platform for his Olson Kundig agency work worldwide.

The cabin is intentionally subdued in color and texture, allowing the lush natural surroundings to take precedence. His reverence for nature and admiration of the site’s beauty is expressed in the design of this project located on Puget Sound and nestled amidst the towering fir trees of an ancient forest.

What began as a 14-foot-square bunk house built in 1959 has morphed through subsequent remodels in 1981, 1997, 2003 and 2014 into a modest yet highly livable weekend retreat. Each successive addition and remodel has reused and integrated the previous structure to reveal the cabin’s architectural history rather than erasing it. Simple, readily available materials are used throughout: wood-framed walls are sheathed in plywood both inside and out; doubled pairs of steel columns support glulam beams that, in turn, support an exposed roof structure; and interior fir flooring becomes outdoor decking with additional spacing. 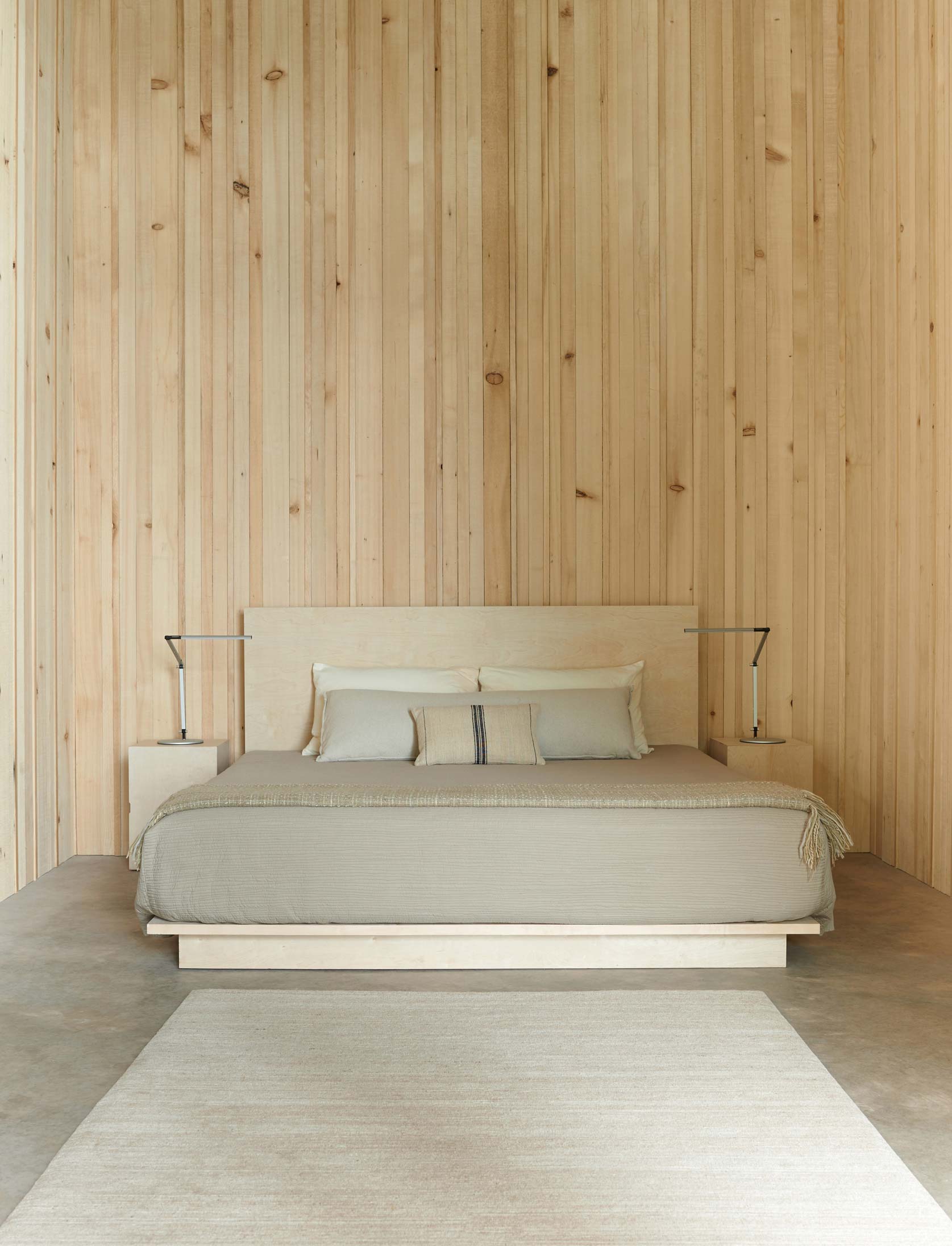 The rooms themselves are essentially a set of boxes set underneath a unifying roof; together, they create a single form that is grounded onto the hillside and projects out over the landscape. The living room’s large 11’ x 13’ window not only frames the view of the adjoining meadow and Puget Sound but visually blends the indoors and outdoors. 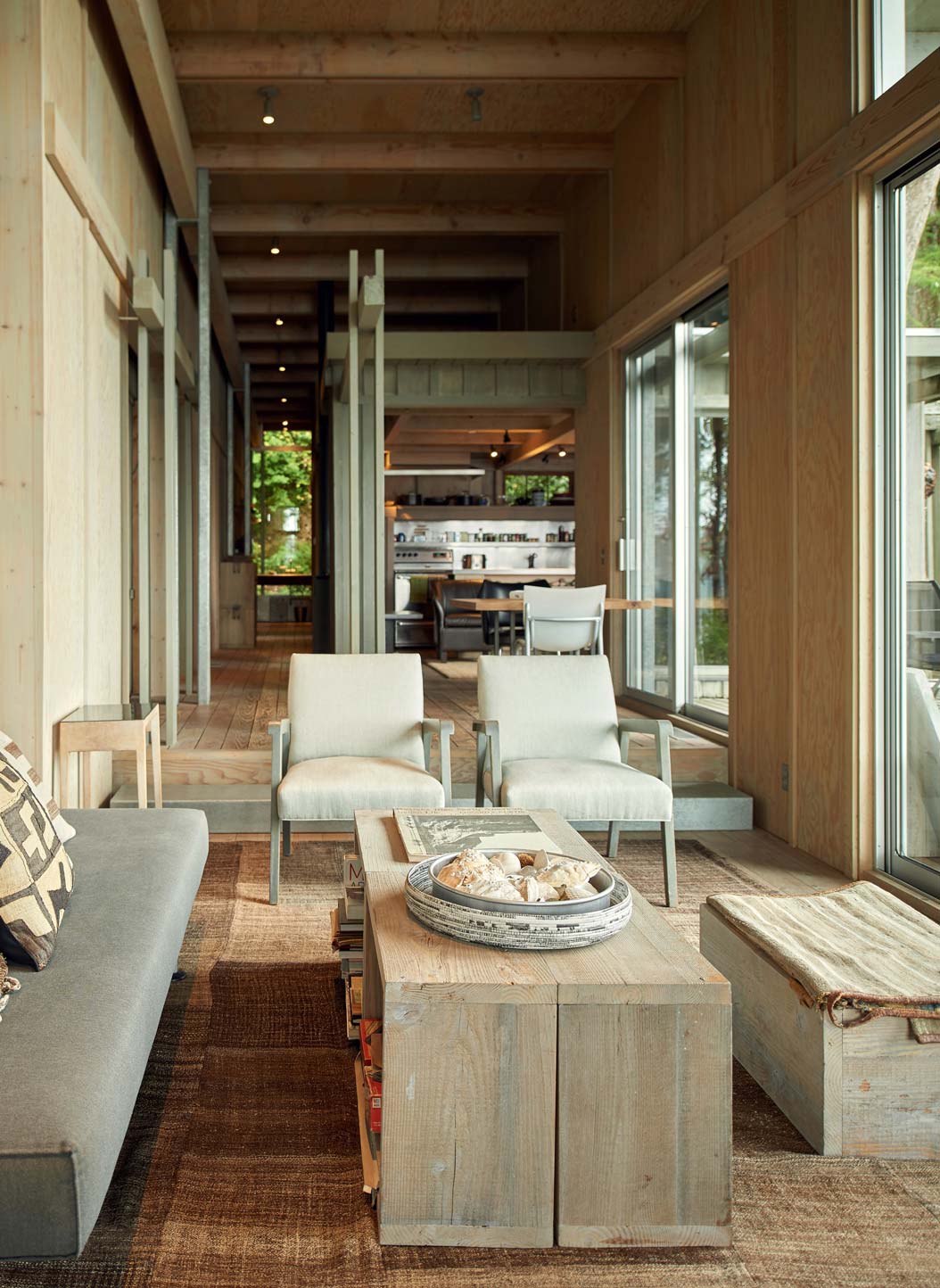