With all the rumors around the web of the future Apple Tablet, a lot of designers created concept with their very own vision of it ! Call it the Mac Tablet, iPad, iTablet, Macbook Touch, or MacTab. We dont know yet what will be the name…And for a announced price of $800 I can’t wait to see what Apple have in mind…

Cool mock up of the much rumored Apple Tablet by Sean Mulvihill. [link] Designed by Tommaso Gecchelin, the core of this concept is a technology called iSpine. Like the spine of a book, the tech allows the device to go from a normal laptop with screen and touchscreen board to large widescreen canvas for drawing, presentation or movie watching. [link] Video of the much rumored Apple Tablet by MacRumors forum member GoneWithTheWind. [link] 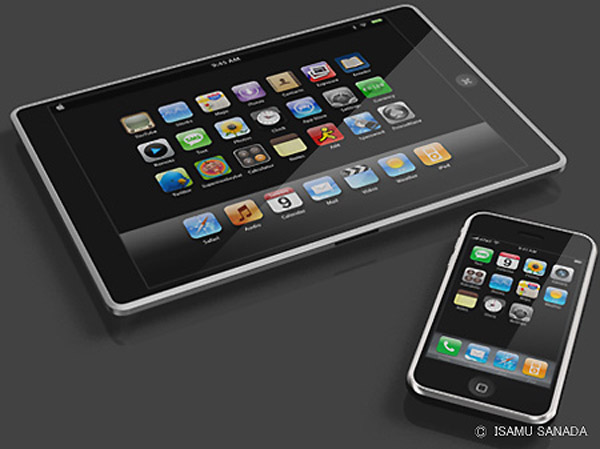 The incredibly thin wireless keyboard is used as a protection cover for transportation. On the back of the computer, a hinge allows it to be put in a vertical position so you can use Mactab comfortably on your desk. [link]